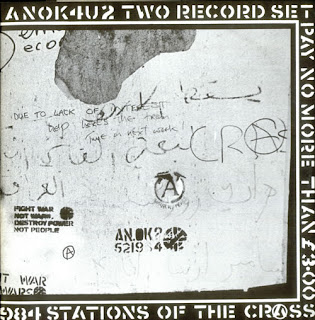 Obviously Crass needs no introduction, so I'll forgo the usual background and simply point you towards the omniscient Wikipedia. I would do such an influential band no justice anyhow. What I can say is that 'Stations Of The Crass' is the band's second full length LP, and is full of the noisy, hectic, politically obsessed sound that has made the group so iconic. I'm still exploring their vast discography, so I can't really accurately rank the release, but if you're like me, and have put off Crass for too long, this is definitely a great place to start.