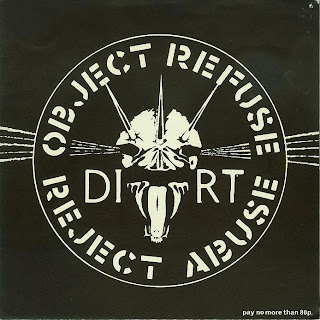 Four tracks of muddy, unrelenting early 80s anarcho punk from Crass contemporaries Dirt (Death Is Reality Today). Nothing much more to say than that. Highlights on this debut include squealing female vocals and the fact that there's not one dud on this thing. Not one to miss.