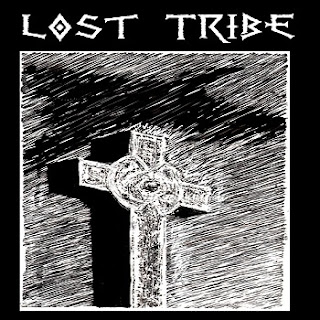 
Lost Tribe are a peace punk/goth project out of Richmond, VA. In 2010 they released The Dawn CS, a demo that would constitute much of their excellent s/t full length on Blind Prophet (you can still get it here!), as well as their Unsound 7" single, which includes possibly the best song from the demo, Unsound (hear it below).

Now they are touring, and soon, lucky for all of us, they will be releasing a tour tape, also s/t. Three of the five tracks on this tape are already available to your welcoming ears on their bandcamp (and below). The new material is less frantic and more synth heavy than previous tracks,  but retain the fast-paced punk melodies that make this band so damn good. Keep an eye out for upcoming tour dates so you can get your hands on one of these. Lost Tribe may be coming to catacomb near you.