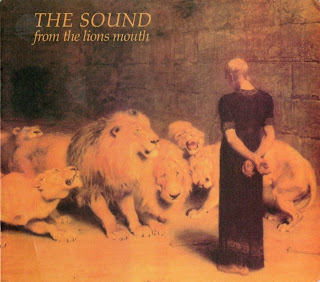 
The Sound were an English darkwave/post-punk band that formed in 1979, and were fronted by Adrian Borland, a tragic figure who suffered mental instability until his suicide decades later. Their lyrics are lonely, their hooks seductive, and Adrian's vocals desperate. "From the Lions Mouth" is their second LP, released on Korova Records, a label owned by Warner Brothers. Korova always pushed the band to break through to commercial success, but The Sound never chose to compromise their sound to achieve more than cult status. Good thing, because what makes this LP fantastic is its balance between insatiable pop and the dark post-punk movement that bloomed in the early 80's. If for nothing else, this record is worth loving for its final track "New Dark Age," an apocalyptic masterpiece with bone shaking bass synth.

Email ThisBlogThis!Share to TwitterShare to FacebookShare to Pinterest
Labels: darkwave