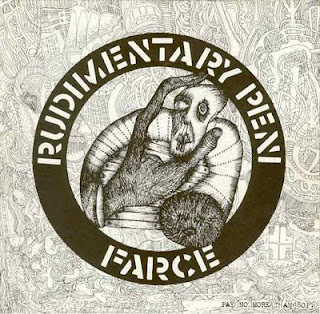 Friends and scene-mates of fellow deathrock outfit Part 1, Rudimentary Peni were an anarcho-punk group out of the UK who played a brand of energetic punk that seems to border hardcore in some respects. They self-released several of their records, but this particular EP, "Farce," was released on Crass records, sharing the label with similar acts like The Mob.

Vocals are what make this band. The sound of a broken man. Don't miss this seminal release.